CME Patreon Power Hour: What is Miesha Tate after with her comeback?

Miesha Tate this weekend seeks a second-straight victory since returning to active duty in the UFC after a years-long absence, but oddsmakers forecast a close fight against Ketlen Vieira. On this week’s Power Hour, we discuss: What exactly is the former Strikeforce and UFC women’s bantamweight champion trying to get out of this comeback attempt?

Plus, in Power Rankings, Ragin’ Al calls it quits (maybe), all 20 BFKC fighters who fought on the organization’s recent Montana card get suspended and Anthony Smith maybe overthinks it on why Conor McGregor is being such a dick.

Want to hear the CME Patreon Power Hour? Well, you gotta be a patron first, my guy. Head on over to Patreon and join the team. 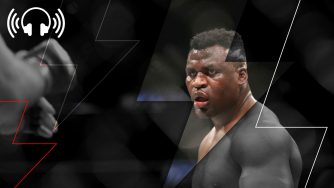 Francis Ngannou’s contractual status with the UFC has dominated the storylines leading up to Saturday’s “title unifcation” bout against...