IT’S TIME FOR THE STONES!!!

Truth be told, I almost did this entire edition about Jiri Prochazka. No other fighters, just a deep dive into a weirdsmobile.

A man who meditates:

A man who has an incense burner, and various other accoutrements:

A man who plucks lizards from the jungle for no reason:

I do believe at this point we have to claim him on Team Crystal. There’s no way Jiri doesn’t have a few stones. Everything about him tells me he’s actively harnessing that sweet, sweet energy from the universe, so he’s ours.

A great stone for meditation. Facilitates change and progress, brings calm when faced with challenges. Assists in fulfilling one’s goals and making one’s dreams come true, clears away self-doubt and replaces it with “I’ve got this”. I know Ben Fowlkes is rooting for ol’ man Glover – I mean, um, seasoned vet Glover – so apologies for my actions in this breakdown.

Fortifies long-term career plans, especially in large or very structured organizations. Improves reflexes, releases stress. Perfect stone for self-belief and manifestation. After watching Amanda Nunes lose, and Rose Namajunas lose, you know we can’t go speaking in absolutes. But if we were going to…

Brings positivity, contentment, tranquility, and bliss. Combines energies of water and volcanic rock. Has both a fiery side and a cooler side. Instills confidence, but makes sure you don’t start to get a big head.

Can you smelllllll what the rocksssss are cookin’?? (lol ok I’ll leave) Before I get to the breakdown for UFC 274, let’s take a moment to appreciate dear...

It’s been almost two years since your dad died in that tragic though entirely foreseeable hang-gliding accident, and your mom is ready to get back out there... 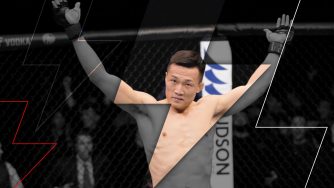